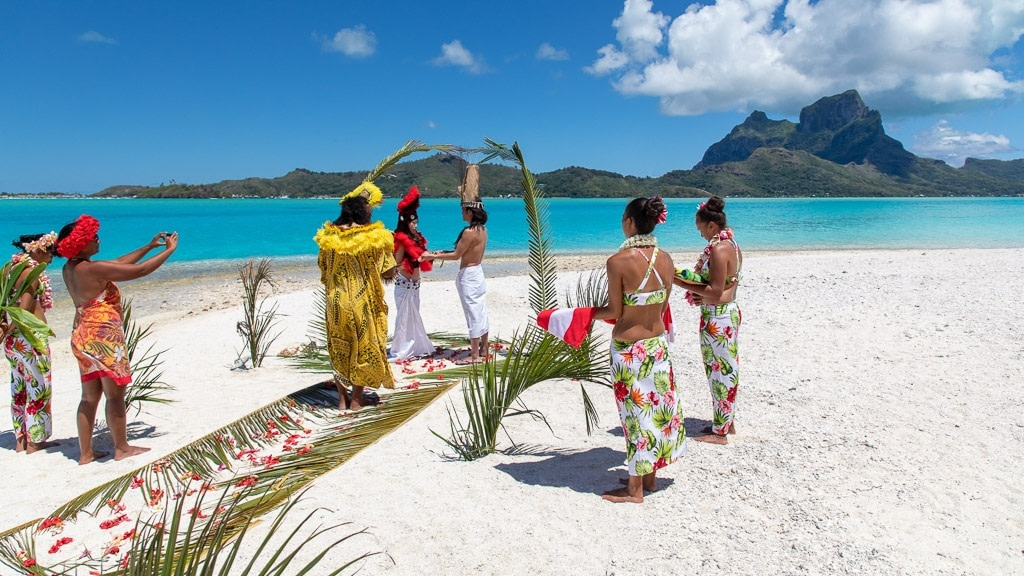 There are 3 key elements in a Tahitian Traditional Wedding:

The auti, the plant sacred to Tahitians.  Water – taken from the ocean (moana), the greatest temple on earth. Tiare Tahiti – the wonderfully perfumed flower which symbolizes harmony & the sharing of all things.

In recognition of the marriage being sacred, the wedding is first blessed using auti:

The sacred bond, the union of the two, is recognized by the tying of a strip taken from the back of the auti leaf which will call in good & protect the couple against evil. In ancient times Tahitians would tie the strips to the entrance to their fares (homes) to protect their privacy 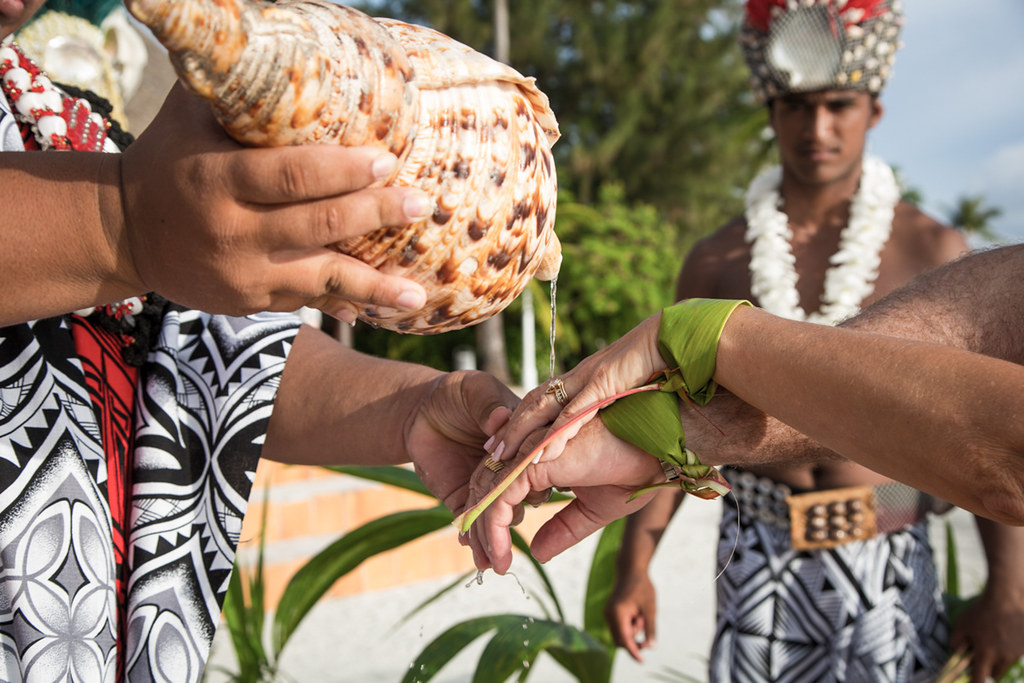 The water marks the purification of the wedding

The exchange of Tiare Tahiti – the leis have been given to the groom by the parents of the bride as a sign of his having been welcomed into the family as one with other family members. The Tiare Tahiti is the symbol of the love for one another 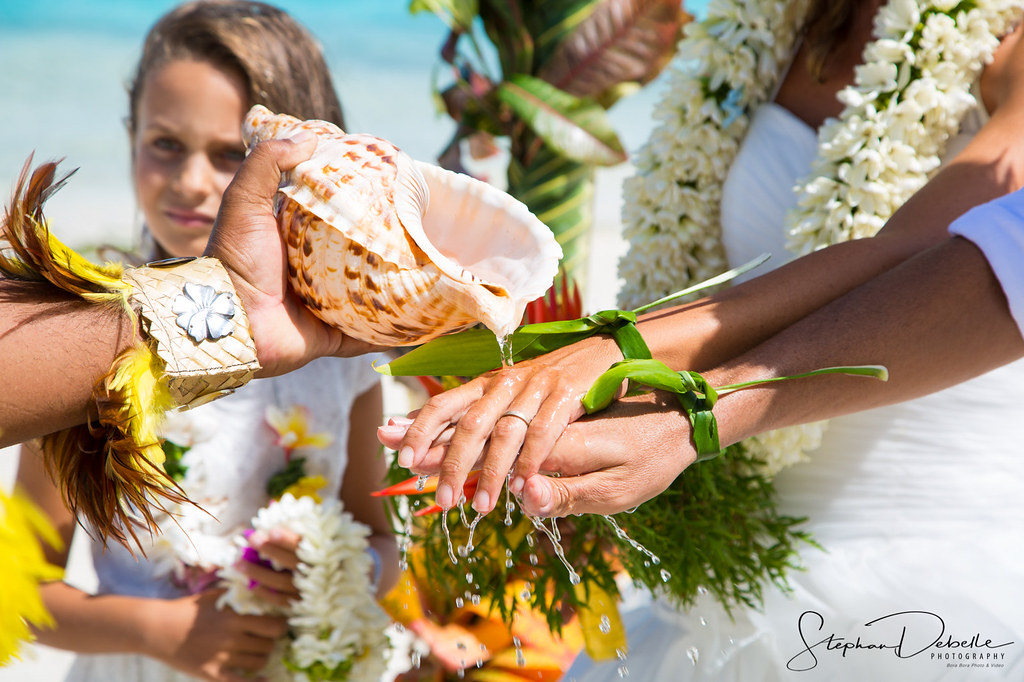 the couple is then wrapped in a “Tifaifai” (a Tahitian Guilt) for the “Tahua” (non-denominational Tahitian Priest) to give them his benediction. red signifying royalty & love, being wrapped together to signify their union; the union given the benediction of the tahua 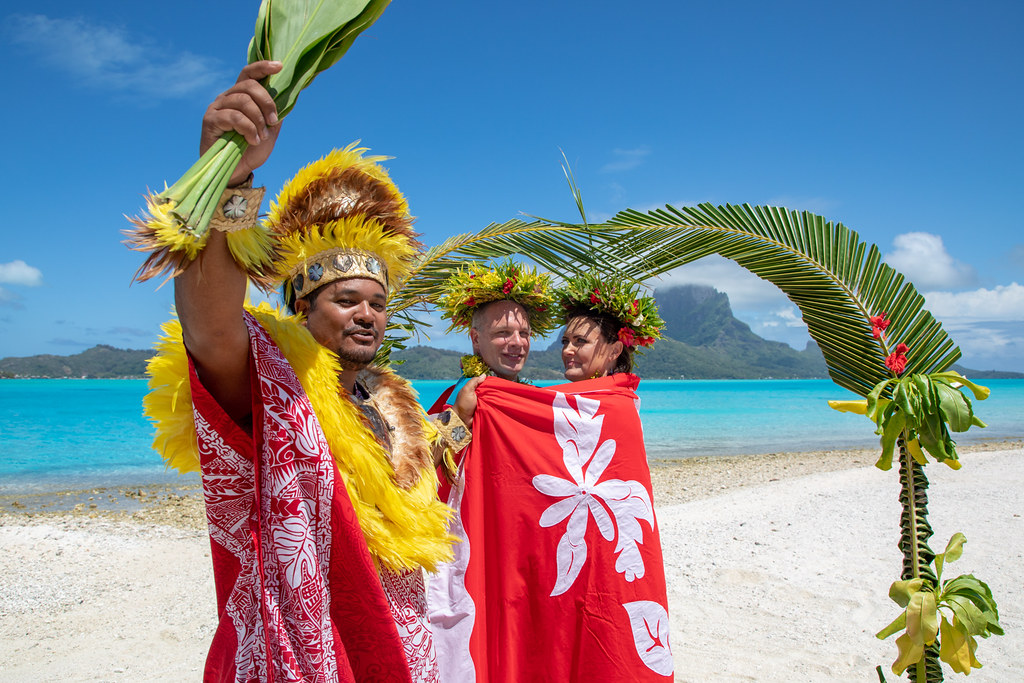