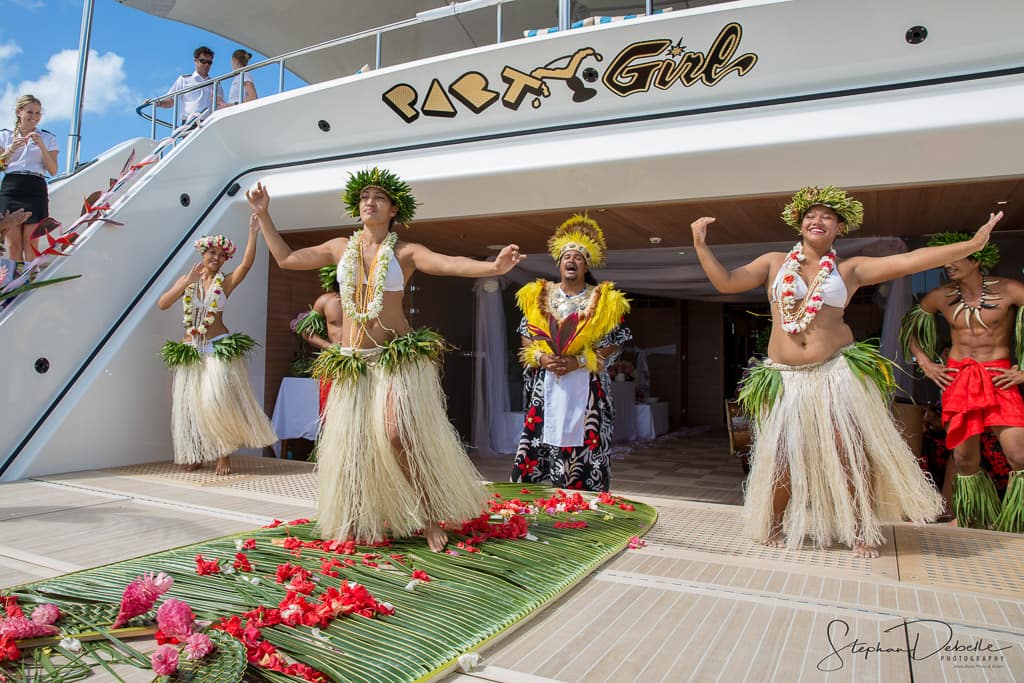 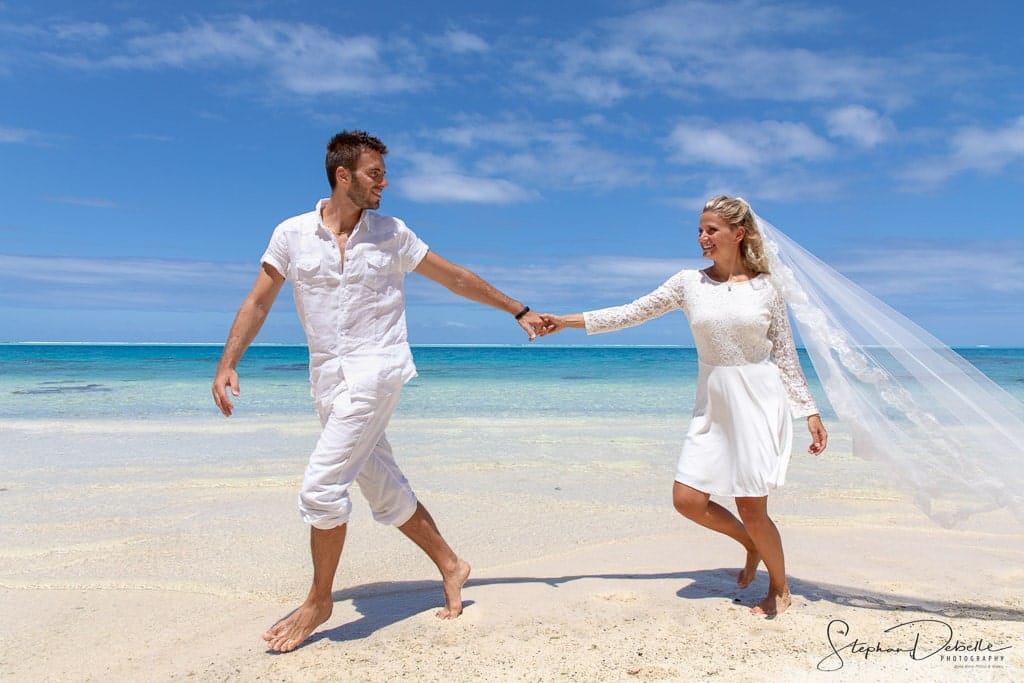 7.7.2017 – A royal Wedding in Bora Bora for Michele & chuck aboard their private yacht the “Party Girl”

7.7.2017 – This is was the first time we were asked to organize a Tahitian Wedding aboard a private yacht!  Something out of dream, a Royal Wedding for a fantastic couple!  Michele & Chuck trusted us to organize the most sublime Wedding Ceremony onboard their Yacht the “MV Party Girl”.  Months of communication and planning with Michele and the chief pursuer to insure a very private but yet exceptional wedding ceremony.

The yacht sailed ahead of time with its crew of 12 to Tahiti where Michele & Chuck met them and made their journey sailing to Bora Bora.

We met several times to ensure all details were worked out, down to the positioning of the yacht in Povei’s bay to have the best light possible & mountain view during the ceremony.

No details were spared, our team was composed of two makeup artists, our favorite photographer Stephan Debelle who is a customized to handle large events, accompanied by his own team of second photographer, videographer and assistant.

While the decoration had been handled by the Yacht’s fantastic crew, all of the Tahitian decoration, vegetals, flowers, crowns & laies were created by our fantastic partner.

I just wanted to an extend a very big thank you from Adam, myself and all the crew onboard to you and your team for your assistance and for the beautiful traditional ceremony performed for Mr. & Mrs. West. They appeared very happy with the day. Stephan, Matt and Bonnie were a real pleasure to work with and made the Guest’s feel very comfortable with all the photographs and videos. Maki and Yurina were wonderful as well ensuring the Guests looked photo-ready all day.

Given the challenges of destination weddings and months of back and forth discussion narrowing down all the details, I must say, everything seemed to have fallen into place quite seamlessly so thank you!
Best wishes;
Nicole – M/V Party Girl Pursuer

This truly was a magnificent wedding in Bora Bora!