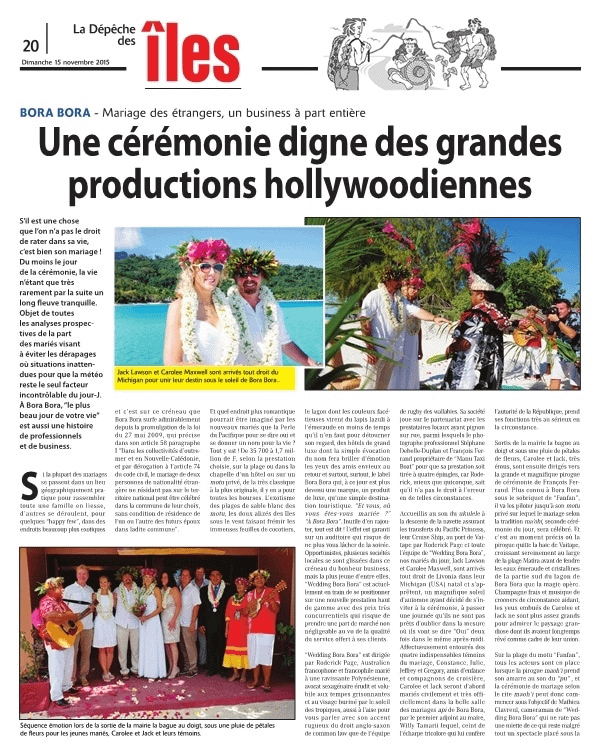 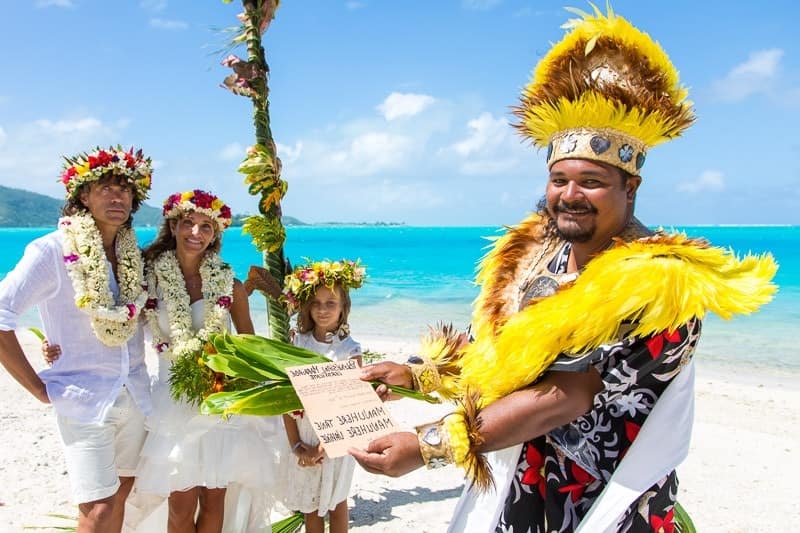 An American Couple Marriage at Town Hall of Bora Bora

Here’s phenomenal coverage of a Civil Marriage undertaken at the Marriage Hall of Bora Bora before the couple continued on to celebrate in a Traditional Tahitian Wedding on a stunning motu (islet).

Leading independent journalist Alain Lesprele covered the ceremonies which appeared in the largest & biggest selling newspaper in French Polynesia on the Front Page with a further full 2 page article inside – all in color.